While searching for something totally unrelated at one of our favorite haunts (hardware store) the other day, we picked up these two houseplants. 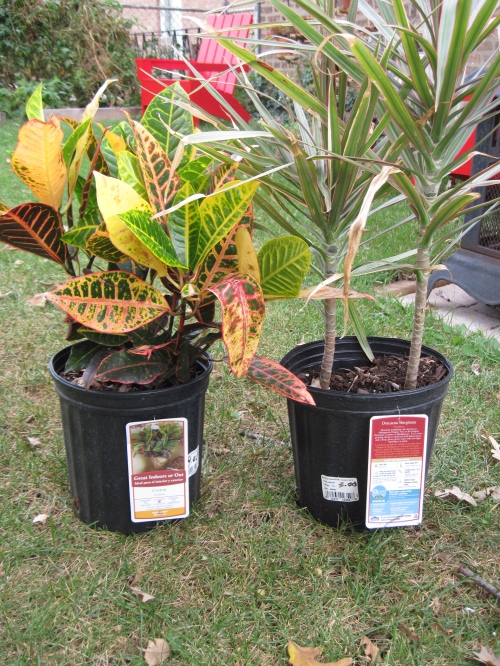 They’re a Dracaena and a Croton (crouton? mmm), and they’re a little worse for the wear, which is why they were marked down to 3 and 4 dollars. That’s also why they made it into our shopping cart. They still had a lot of life left in them, and after leaving them outdoors in the direct sunlight and giving them plenty of water for a couple of weeks, they were as good as new.

Problem is, they’re pretty big plants, and we definitely wanted to move them indoors, but we had no pots large enough to replant them in. We looked around a bit for something simple, modern and attractive, but we came up short. Everything was either very pricey, or cheap, flimsy and really ugly. So, for a while, they stayed in their little cheap plastic tubs until we finally came up with a solution.

We have one of those ubiquitous IKEA wastebaskets in our office. You know the one – this one:

At only $1.99 and a little over 11 inches in diameter, it was perfect for our purposes. The plastic walls are actually pretty substantial, too. It was only a little deep, but that was something we could easily fix.

We picked up two wastebaskets and started by drilling a drainage hole in the bottom. 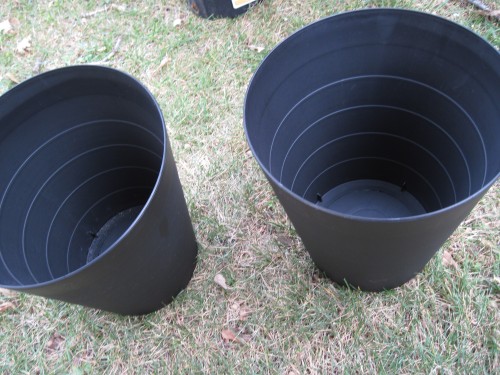 Next, we added some mulch leftover from our landscaping into the bottom of each pot. This would help with drainage and take up some of that space in the bottom of the pot.

Finally, we just transferred in the plants, added some potting soil, and set each pot atop a plate to catch any draining water. 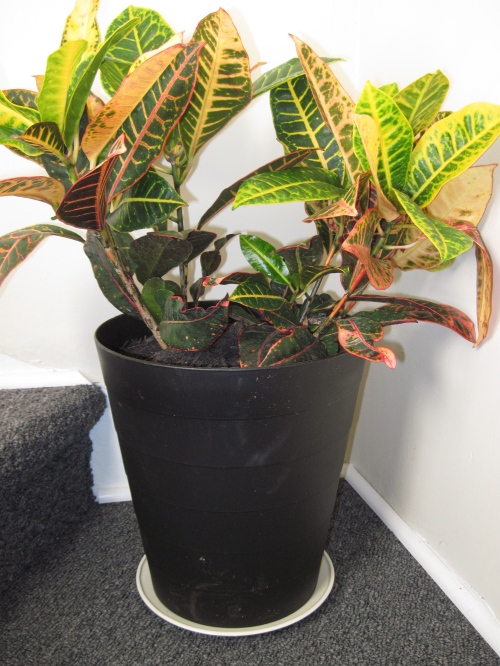 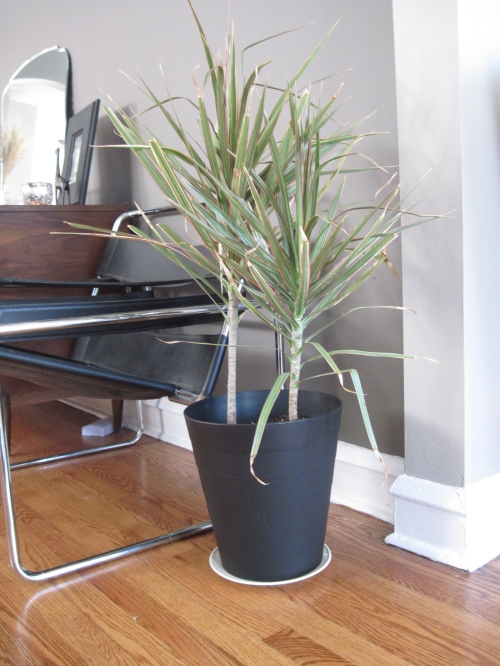 A very cheap and easy solution.